Good Oral Heath Is Important for People of All Ages

Stone Age, Not Space Age: Dental Appliances That Are Older Than You Think

With the wonders of modern technology bleeding into the health sector, it can be easy to get caught up in the newest technology available — especially in the world of dentistry, with laser dentistry and 3D-printed teeth becoming more and more popular.

But just because technology is better in the modern age doesn't mean that all of the currently used dental appliances originated after the moon landing. Here are a few dental appliances that are actually much older than you'd think.

Whether it's one false tooth or a whole set of false teeth, dental implants would be easy to mistake as a modern invention, given their modern-seeming composition (most are made from titanium). Replacements in the case of chipped or cracked teeth might also seem modern, as they have aesthetic appeal most at home in a visual 20th/21st Century world.

However, dental implants go back much further than that; the first evidence of such a dental appliance is from between two and four thousand years ago in places like ancient China and ancient Egypt (who used bamboo and metal, respectively, to create their false teeth).

No, the practice of putting gold, jewels, or other precious substances on your teeth didn't originate with rappers in the 1990s, nor pirates in the 1850s. Though seemingly modern, this practice actually dates back about 2,500 years ago from the ancient Mesoamericans.

These dental pioneers would have ancient dentists implant precious gems into their teeth as decoration, much like a modern grill. Interestingly enough, just like their modern-day counterparts, these gems weren't a mark of royalty; they appear in the skeletons of Mesoamerican men from all walks of life.

You may think that, in the past, if people had crooked teeth they just learned to deal with it — after all, crooked teeth were better than no teeth at all, right? Except, it turns out that braces might just be older than the practice of modern orthodontics itself — to the tune of thousands of years.

Burial findings from ancient Egypt — which was a center of learning for subjects like math, science, and medicine — show that the Egyptians used gold wire to keep teeth straight and in place, much like modern braces and retainers do. While elastic bands and metal hooks might be newer in the world of dental appliances, the desire for straighter teeth is apparently common to humans from antiquity onwards. 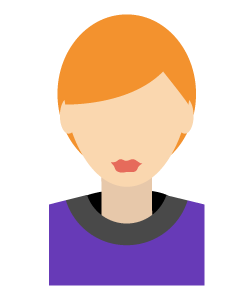 My wife and I have always stayed up-to-date on the latest oral health news to make sure we know how to take great care of our teeth and our children's. Our good oral hygiene habits always paid off when we visited the dentist and were told we had very healthy teeth! When my wife's mother moved in with us, we talked to her and learned that she hadn't taken great care of her teeth in recent years. We were determined to help her achieve great oral health again, but she wore a denture and we had to learn about good denture care before we helped her. Thankfully, we were able to help her reverse and repair most of her dental problems, and we are eager to share what we have learned about good dental care for people of all ages with anyone who needs the advice on our new blog!